If you experience any difficulty in accessing any part of this website, please feel free to call us at (713) 468-9669 or email us at mgr@magnessorthodontics.net and we will work with you to provide the information or service you seek through an alternate communication method that is accessible for you consistent with applicable law (for example, through telephone support). 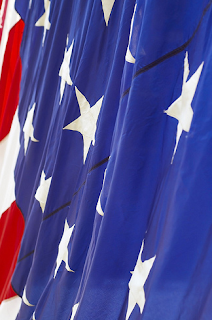 Today, Houston orthodontist Dr. Marc Magness and our staff at Memorial Smiles will celebrate our country’s 235th birthday. Because we know our patients LOVE fun facts, here are some fun facts about Independence Day we knew you’d enjoy! Enjoy the rest of the week everyone, and have a GREAT Fourth of July!

– Independence Day was first celebrated in Philadelphia on July 8, 1776.

– The major objection to being ruled by Britain was taxation without representation, which meant that people didn’t want to be taxed by a government that did not represent them.

– In 1941, Congress declared 4th of July a federal legal holiday. It is one of the few federal holidays that have not been moved to the nearest Friday or Monday.

– The stars on the original American flag were arranged in a circle to ensure that all colonies were equal.

– Someone who specializes in the history of flags is called a vexillologist.

– The word ‘patriotism’ comes from the Latin patria, which means ‘homeland’ or ‘fatherland.’

– According to the National Hot Dog and Sausage Council, Americans consume over 150 million hot dogs during their Independence Day festivities.

– Speaking of food, there’s a 1-in-6 chance the beef on your backyard grill came from our great state of Texas. The Lone Star State is America’s leader in the production of cattle and calves.